How top chief financial officers are planning for the year ahead - The Finance Team
Call us on  0861 007 917  info@thefinanceteam.co.za 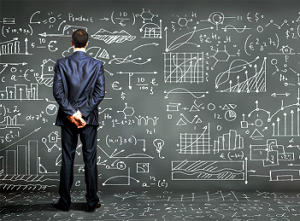 As we approach the festive season, most employees are winding down for the year, but many chief financial officers are actually doing the opposite. They are gearing up for financial year-ends in December 2014 and February 2015, and reflecting on the need to plan for the months that follow. After the madness of the current year, these chief financial officer are focusing on one of their most critical roles – forecasting and budgeting for the new financial year.

The volume of forecasted sales made by a company is a critical element of the chief financial officer’s overall budget. Costs are typically a lot easier to forecast than Sales as they are generally contracted and known with definitive increases etc. Sales are directly affected by environmental and economic factors – the things that change the consumer’s ability to make purchases and as a result a lot harder to predict.

With the economy having seen a significant slowdown this year, most consumers’ wallets are a little shallower than they were before.  The expected growth in Gross Domestic Product (GDP) has been revised down several times. At the beginning of 2014, most estimates hovered around 2.7%. By November, the economy had only grown by 1.5%, and estimates for the year remain in that region. This is in shocking contrast to the expected African average of around 5%. While certain factors hampering growth were industry specific, such as strikes in the platinum and metals industries, sales for many companies – especially those providing non-essential goods and services – have taken a downward turn.

Chief financial officers need to look at GDP growth prospects for the year ahead when contemplating how this will play out into sales forecasts for the upcoming year. The National Treasury, South African Reserve Bank and Moody’s rating agency have all outlined a growth forecast of 2.5% for 2015. At almost double what was achieved this year, it remains to be seen whether this level of growth will indeed be met. Chief financial officers will need to put scenario plans in place lest this be underachieved in the same unexpected way as was experienced in South Africa this year. One has to ask how Eskom’s load shedding fiasco is going to impact this forecasted 2.5%. In my opinion, I think we will be lucky to have any growth in 2015 thanks to our overpaid executives at Eskom. We would be more than happy to supply one of our Associates for a day (FREE OF CHARGE) to give a forecasting 101 presentation. Probably too little too late? Should have offered that 10 years ago. I wonder if we could claim the cost for this one day for our BEE scorecard under “skills development”. As an aside, is it my imagination or could it be reasonably possibly true (My Lady) that the E –toll gantries still function perfectly even when Eskom switches off the lights?

Another factor that chief financial officers will need to contemplate is the exchange rate. The rand has plummeted to its lowest level in six years this year, reaching R11.56 to the US dollar on Tuesday after power utility Eskom said power shortages could spill into 2015 and the current account deficit came in higher than expected.

Over the past few weeks, the rand has fluctuated between less than R11 to the dollar to over R11.50, showing a volatility that makes planning in this area a difficult task for chief financial officers. It is impossible to accurately predict where the exchange rate will go next year, but our suspicion, based on electricity shortages and government handling of Labour issues, is that it will not be gaining much strength in the short term.

For importers, this weaker rand means planning for a decrease in margins. There are only two ways to combat this: chief financial officers will need to look for ways to increase turnover, or alternately, they will be looking to cut costs in major categories such as salaries. The upshot of this is that unemployment could climb even higher in the New Year. This bodes ill for those companies highly reactive to foreign investor sentiment: the combined factors of electricity shortages, weak exchange rate and ongoing Labour issues will take their toll on investor confidence.

However, for chief financial officers presiding over exporting companies, the weaker exchange rate could spell welcome news. These companies can anticipate higher margins, and hope for a non-volatile environment in which to implement their plans.  This again would be dependent on their level of USD based input costs that could act as a natural hedge.

2015 may be the year to implement that hedging policy that has been on the cards for some time. We are heading into unchartered waters and volatility is bound to follow like a freak wave in the middle of the night. Eliminate the volatility, eliminate the risk and settle on a defined margin for the year ahead. You don’t have a crystal ball so stop speculating on the Rand. You may get lucky if you don’t but you don’t want to be sitting in front of the Board this time next year explaining why your luck ran out.

These are just a few of the factors that top chief financial officers will be contemplating when planning for the New Year.

If your company needs help putting accurate, insightful plans in place for 2015, The Finance Team can provide a solution. We have a strong network of highly qualified, experienced financial professionals who can assist your company where you need it, for the time you require.

chief financial officers
Choosing the right expansion strategy for your business
Can executive headhunters find the right executive for your firm?
© 2022 The Finance Team Group (Pty) Ltd. All Rights Reserved.
× How can I help you?