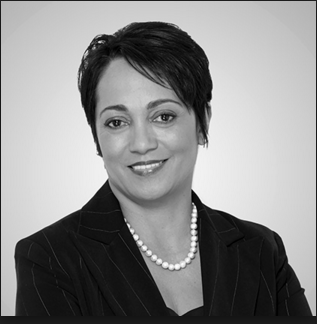 A podcast from the SME Leadership show on CliffCentral.com where Richard Angus and Adriaan Groenewald chat to Prof. Shirley Zinn about Talent Management. 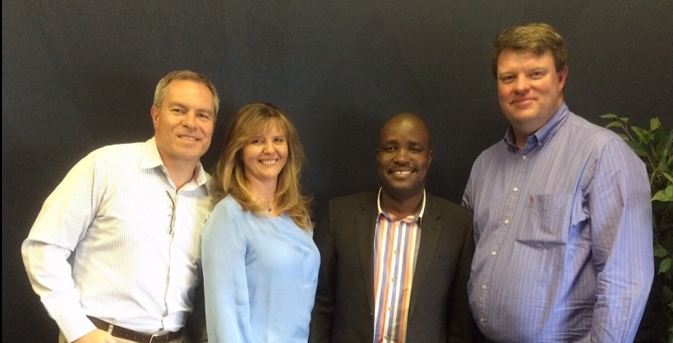 Adriaan, Richard and Louis chat with Keli Fernie of “Oh My Word!”. Keli is a brand communicator, digital marketer and self-confessed social media junkie. She works with a variety of clients on their employee engagement and conversations with customers and clients. They talk about ‘Video, applications and hashtags – how to improve your social media presence’. Joining the panel is Derrick Ndzavi who also gives an inspirational thought. 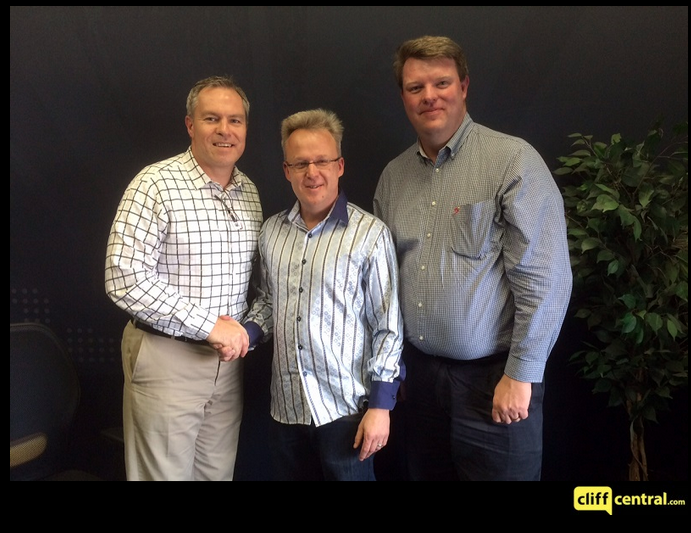 All you need to know about using LinkedIn for your business. Expert on Social Selling Strategies and Lead Generation, Dr Nikolaus Eberl shares his knowledge with specific focus on market leadership through the Thought Leadership Blueprint on Cliff Central. Change Agent Catherine Constantinides shares an inspirational leadership thought. 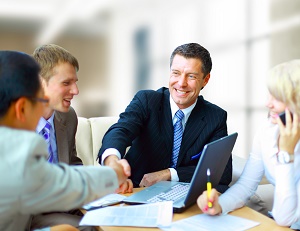 “I can’t hear myself think!” We’re all familiar with the phrase. Some have heard it shouted by exasperated school teachers; others heard their mothers say it on occasion, and some might have heard ourselves repeating it recently to our own children! It’s usually said in a classroom or home environment, followed by an appeal by the drained individual for some peace and quiet. But the phrase is just as applicable in the business world, and ‘not being able to hear yourself think’ has a very real impact on the effectiveness of business leaders and strategists. Unlike in other environments, though, the ‘noise’ intruding one a business leader’s effectiveness is not caused by raised voices or loud juvenile games. It’s often triggered by being over-burdened with tasks, fatigue brought on by working long hours, and the misdirected notion that you need to do everything yourself rather than outsourcing responsibilities to free up your own creative energy.

Distinguishing between effectiveness and efficiency

A business-owner contributor on Forbes points out that there’s a difference between effectiveness and efficiency. “If you complete each task on your to-do list with a high degree of efficiency but haven’t generated the results you want, you are not being effective,” he writes. “Are the tasks you are completing making your day as productive as possible? Many people spend their days being busy without first pausing to evaluate which tasks will give the highest return on their time and which tasks are nonessential. Peter Drucker said, ‘Efficiency is doing things right; effectiveness is doing the right things.’ Choose the right things — the things that reap the highest return on every hour — and delegate or eliminate the nonessentials.”

The things that will reap the highest return for your company are those things that require you to “hear yourself think”. They don’t involve responding to a long list of emails, or even overseeing important operational details. They involve you thinking big, figuring out what your company’s goals are and constantly re-evaluating and realigning those. If you don’t have the time to strategise because your head is filled with the ‘noise’ of calculating and tracking budgets, monitoring spend and chasing up on invoices, it’s time to consider the sage advice of delegation. It’s not that those responsibilities aren’t important – they are, in fact, essential. It’s just that they don’t have to be carried out by you. Enter the project accountant.

A body to give you head space

A project accountant is a finance professional with the experience and skill set to oversee a particular project. They can come in as a second pair of hands during a busy period, oversee a particular assignment from start to end, or can act as a “roving” financial assistant, lending skills and expertise wherever they are needed in the business. The mandate of a project accountant is to plan, monitor and control all of the financial aspects of their assignment. They’ll do the stressing when you’re overshooting budget, they’ll make the unpleasant phone calls when payments are coming in late and they’ll help you know which employees to clamp down on for overspending. In short, a project accountant is there to help you shoulder the important money-related aspects of your projects and give you more room and time to think.

Hackney Council in the UK, when looking for a project accountant described some of the role as follows: “As project accountant you will help us meet our statutory and internal financial responsibilities. You will provide strategic financial advice to our directorates and support a range of management processes. This is a broad role and one that will mean the individual getting involved in all aspects of Council responsibilities. The role needs a candidate that can quickly grasp the requirements of each project, articulate a plan and get individuals together to deliver.” A well-trained project accountant will fulfill all of these functions, and in so doing will support the strategic goals of the business.

If you need some help ‘hearing yourself think’, contact The Finance Team. We’ll connect you with our network qualified, experienced project accountants. One of them can provide assistance as and when needed, helping relieve some of the burdens of your position and allowing you the creative space to really think. 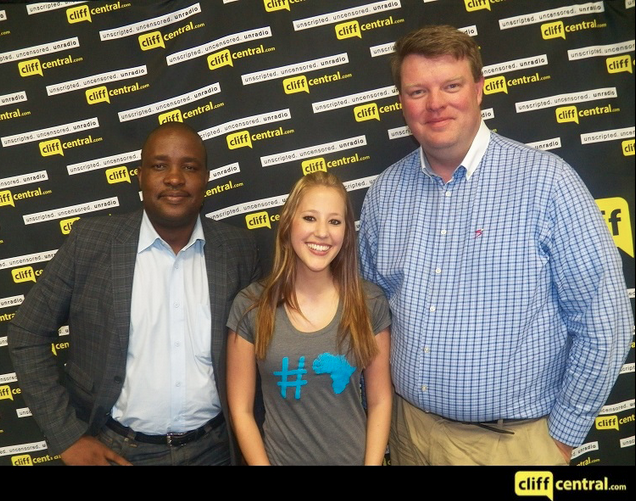 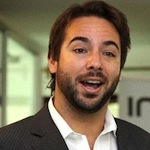 Director of M-Pull, Daryn Smith joins the regular Cliff Central panel to discuss “The future of Social Media Marketing”. M-Pull is a B2B marketing agency focused on attracting new qualified sales leads and converting them into customers for their clients that target companies in Africa. They provide the strategy, content, lead generation and lead nurturing, as well as the know-how to get the most out of a client’s marketing investment. 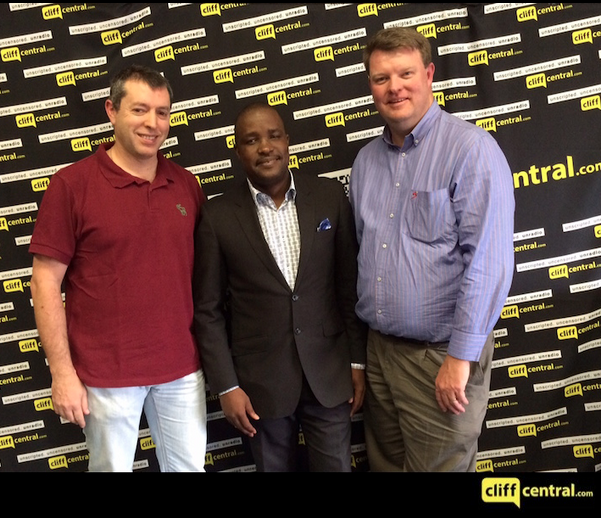 ‘The importance of planning and using productivity tools to add more hours to your working day.’ Adriaan Groenewald and Richard Angus chat with Anthony Soicher from Strategy Architects, who is both a lecturer and entrepreneur.  Derrick Ndzavi, mentor and advisor, joins the panel and provides an inspirational thought. 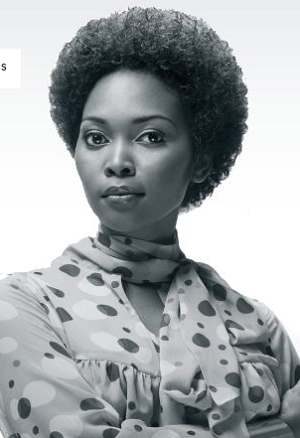 It’s an oft-repeated maxim that small businesses should be the backbone of the South African economy.  Small businesses should contribute to about 60% of our country’s economic output, and are generally regarded as the point of hope for future employment in the country, being more capital intensive than large companies are.

But small businesses in South Africa have several hurdles to overcome. Apart from anything else, the odds are stacked against them: about 60% of businesses are said to fail in their first year. And then there’s red tape, the difficulties around accessing finance, and the matter of breaking into well-established markets and trying to provide better goods and services than their older, wealthier competitors.

To overcome these difficulties and stay the course, every entrepreneur needs an exemplar, someone who started their own business, overcame the odds and enjoyed great success. Of these, there is none more inspiring than Herman Mashaba. Now hailed as one of South Africa’s top entrepreneurs, the story of the founder of Black Like Me is one of creativity, moxy and determination. I chatted to him on the CliffCentral Leadership Platform show recently, and learned more about how one of the country’s many small businesses grew to become a distinguished success.

Mashaba decision to go into business was borne of a desire for financial independence, and to rise from the poverty of his domestic worker widow-headed household.

“The National Party at the time said no, I could not do it, as black people could not really go into business,” said Mashaba. “But I decided not to really cooperate.” He became a sales rep for SuperKurl, and while there he found a future business partner in white Afrikaner pharmacist Johan Kriel. Kriel came up with a perm lotion that was more effective than SuperKurl’s own, and could be produced in a factory twenty times smaller. Despite the fact that it was “unheard of” for a black man to engage a white man as a business partner in the eighties in South Africa, Mashaba did just that. His first lesson for those who own small businesses is to make things happen for yourself, rather than to rely on your regulatory or economic environment. “I found a way to navigate and manipulate the environment,” he says. “It bothers me that what is being created in South Africa today is an entitlement culture, which is dangerous and unsustainable.”

Just like almost all small businesses, Black Like Me faced cash flow difficulties upfront. It was only with the help of the R30 000 from Mashaba’s friend, Walter Dube, that the product was able to first hit the shelves on Valentine’s Day of 1985.

The company proved to have reached an untapped market, and, as a born sales person, Mashaba was in his element. Within seven months, the loan was repaid to Dube and Mashaba and Kriel were earning well. They allowed themselves a few luxuries, but kept their expenses moderate. Herein lies another lesson for small businesses: get the cash you need to fuel your dream, work hard, pay off your debts quickly, and keep your expenses in check.

Twelve years later, Black Like Me formed a partnership with Colgate-Palmolive, which saw Mashaba retaining only 25% ownership of the business. Ultimately, the partnership didn’t work out, and Mashaba bought back his shares and took up the helm of the business once more. He learned all he could from the experience, though. “Through the Colgate partnership I got exposed to the corporate environment, and I’m grateful for that,” he said in an interview with africanbreakfast.com.

Even though many would have seen the deal with Colgate-Palmolive to be a sensible one, Mashaba went with his gut – even if it meant flying in the face of popular opinion. And that, perhaps, is his greatest lesson for small businesses. Think outside of the ordinary, venture into places others are not willing, and prize your uniqueness.

“I decided to challenge the laws and that is how I succeeded,” Mashaba told me. “We have had this collective mentality in South Africa over the past twenty years, but I refuse to be part of the collective.”

If your small business is looking for financial leadership to help grow it to the next level, The Finance Team can help. We have a network of highly qualified, experienced finance executives who can partner with your leadership to help you achieve your vision.