What a chief financial officer can do for your business
Call us on  0861 007 917  info@thefinanceteam.co.za 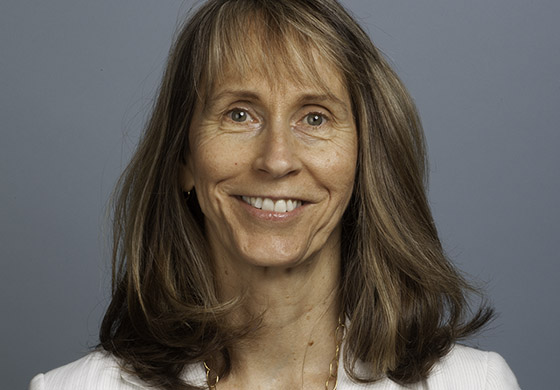 Next in our series of inspiring female financial executives is Glenda Flanagan, CFO of US-based organic grocery chain Whole Foods. Flanagan is the longest-serving female financial director in a Fortune 500 company. She took the position in 1988 and has seen the company grow meteorically over the last three decades.

Unlike many other women in financial director positions in heavyweight companies, Flanagan did not have an illustrious career before joining Whole Foods. Qualified as a public accountant (the USA’s version of a Chartered Accountant), Flanagan had taken time out of full-time work to be at home with her children when they were small. She had helped run an office supply store just outside Austen, Texas and done some consulting work during this time. Flanagan was “ready to get back into work” when she was referred by a friend to the company, which was searching for someone to fill its financial director role at the time.

When Flanagan joined Whole Foods, now ranked 18 on Fortune’s “World’s Most Admired Companies”, it was a fledgling “hippie” operation with six stores. Today, it has revenue of $14.2-billion (as per its most recently-ended fiscal year), and an annual profit of $579-million (a number that has tripled since 2007). The company employees almost 73 000 employees and has a market value of $18.8-billion. Flanagan has helped steer the company through this steep upward trajectory. As the company went from strength to strength, Flanagan found herself needing to develop different facets of herself in order to grow with the company.

The art of forecasting

One such example was when the company listed in 1992. “That was a completely new experience for me,” Flanagan told Fortune. “You are expected both to be able to explain exactly what has happened with your financial results and predict what is going to happen with your financial results. People tend to think that there is a lot more exactness to the forecasting of the future than of course there is. So I spent a lot more of my time, suddenly, on investor relations: talking to shareholders, talking to analysts and the whole investment community.”

Sprinting to keep up with demand

Flanagan was also required to help the company weather sharp bursts of growth – sometimes sooner than the company was ready for it. The first of these took place in 1989 / 1990 with the “Alar scare” – a public backlash to the purported negative effects of Daminozide (or Alar), a chemical sprayed onto fruit to stop them from falling off the tree before they are fully ripe. The scare sent consumers running into Whole Foods shops. The result was that the company’s initial financial plans, drawn up on a spreadsheet one of the first Apple Macs, “wasn’t as grand a plan as the reality turned out to be”, said Flanagan. As financial director, she needed to be incredibly resourceful in order to maintain cash flow as the company expanded. Every new store built initially was a massive drain on finances.

Over the years, Flanagan has also had to strike a balance between maintaining the entrepreneurial spirit of Whole Foods (the company is still run by its two co-founders, John Mackey and Walter Robb) and, as financial director, making sure that decisions remained financially prudent.

“I have less of the entrepreneur in me, certainly, than John and Walter. But that doesn’t mean that they’re out there with all these wild and unreasonable ideas and I have to be the one to bring them back down to earth,” said Flanagan. “It’s really not like that. In the process of developing ideas and concepts and processes, I get to bring creative energy, too.”

And Whole Foods’s financial director is channeling part of that energy towards helping the chain usurp some of the regular grocery store market, despite the fact that its prices are comparatively high.

According to food industry tracker Penton’s Next, healthy, organic, and natural products constitute an estimated $150-billion market that’s expected to grow by about 50% by 2018. Whole Foods is better situated than any other chain to take advantage of this, and Flanagan (61) has more experience and insight than anyone else to help lead them there.

And, perhaps because the senior management of this company has remained cohesive throughout its prolonged growth period, when Flanagan was asked about the most valuable lesson she has learned at Whole Foods over the past three decades, the financial director said: “The value of the team. It is so important for the team to be aligned on purpose and principle. It helps all feel inspired and empowered.”

This once-tiny hippie company with a vision looks poised to take over the global health food market, one jar of coconut oil at a time.

If your company is looking for inspiring financial leadership, contact The Finance Team. Our financial executives can help your own company to ultimately take on the world as well.

fifinance directorsenior management
Tasks that only a qualified project accountant can master
Avoiding Common Sales Rep Mistakes - Podcast 24 August
© 2022 The Finance Team Group (Pty) Ltd. All Rights Reserved.
× How can I help you?