Why your company cannot afford to go without a financial director
Call us on  0861 007 917  info@thefinanceteam.co.za 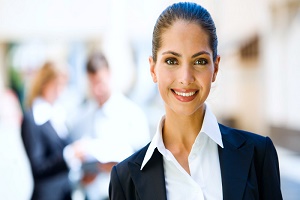 Recently, someone I know decided to try his hand at baking some bread. It was an endeavour he was undertaking for the first time, and he took the job seriously. His starting point was (of course!) the internet. He googled several recipes, and decided on some sourdough bread. The photos of the end result looked delicious.

The man in question followed the recipe meticulously. He kneaded the dough, waited for it to rise at the indicated time, then kneaded it again. He put the dough in the bread pan and saw it go golden in the oven. When the bread came out, it looked even better than the photos had. He cut a warm slice and spread some butter on it. He bit into the slice with great anticipation. But his heart sank as his chewed that first bite. His bread tasted less like the culinary delight he had hoped for, and more like a mouthful of cardboard. As he ran through the recipe wondering where he had gone wrong, it hit him: he had forgotten to add a teaspoon of salt. Despite dong everything else right, that tiny bit of salt was crucial to the taste of the bread. His bread simply couldn’t afford to be without it.

A financial director gives financial insight at the most strategic level

Some may argue that having a high level finance executive such as a financial director is not necessary for businesses of a smaller size, as long as there is someone playing an accounting role. However, a financial director (or equivalent senior financial manager) provides financial insight at the highest level for the business. When the most strategic considerations are being made, it is vital that a financial pundit is giving perspective to the conversation. Think of the failed companies that you know. Chances are that they took a leap of faith that was unjustified, found themselves in debt that was unrecoverable, or simply didn’t manage their cash flow correctly.

Almost all of the reasons new businesses fail have one thing in common: they make financial mistakes. To avoid these mistakes, you need astute financial insight and leadership at the highest level – not just someone keeping the books afloat. If your company is small and does not warrant the need for someone in a full time role, consider taking on a part time financial director instead. A part time financial director will be able to give you the strategic insight you need while not requiring the same paycheck as his full-time compatriot.

A financial director maintains control of the company’s expenses

The quickest way for company or project expenses to balloon beyond budget is for no one to be in charge of monitoring and controlling them. If your company is led by an ambitious entrepreneur who is not coupled with a senior financial executive, this may be a familiar scenario. Not only is a financial director tasked with the responsibility of forecasting, measuring and controlling expenses but he or she has the authority to do so. A mid- or junior level financial person might be able to track expenses but won’t have the authority to crack down on over-expense or wastage when it occurs. The result? Soaring expenses and a bottom line that bears the brunt.

A financial director leads the company into the future

A good financial director can recognize opportunities in the future and steer the company towards them. Their position allows them to motivate the entire company towards a clear, well defined vision – one which has been uniquely carved out by their experience. Part of their contribution is to see the vision, and the other part is bring others along. “Inspiring your team to see the vision of the successes to come is vital,” writes Tanya Prive for Forbes. “Make your team feel invested in the accomplishments of the company.”

If your company is looking for the right “teaspoon of salt” contact The Finance Team. We have a network of highly qualified, experienced finance executives who can provide financial leadership for the time and scope that your company needs.

financial director
Principles for taking your business to the next level - Podcast 22 June
Checklist: How to choose a part time finance director worth their title
© 2022 The Finance Team Group (Pty) Ltd. All Rights Reserved.
× How can I help you?