How an interim cfo can benefit your business - The Finance Team
Call us on  0861 007 917  info@thefinanceteam.co.za 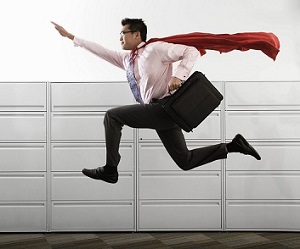 It’s an almost uncontested truth that the position of Chief Financial Officer is one of the most important titles in any company. The CFO literally holds the purse strings of the entire operation. He or she helps develop the strategy that will steer the business and map out its future, determines how finances are controlled and makes decisions about debt and financial risk that could ultimately affect the livelihood of all the employees of the company. So what happens when your CFO makes an unexpected exit, or retires before you’ve found a suitable replacement?

The answer lies in a stop-gap solution: your company needs an interim CFO.

The alternative to placing an interim CFO would be to leave the position open while hunting for a replacement. The argument in favour of this approach is that your company would not need to spend additional money on hiring an interim CFO.  But there are a few major drawbacks to this solution:

For senior executives of the company to make any weighty decisions without gaining insight from a CFO would be like embarking on an unfamiliar road trip without consulting a map.

A few recent examples of interim CFO placements include:

But now that you’ve established the need for an interim CFO, where do you find the person for the job?

Drawing from the above examples, there are a few different sources for the perfect “in-between” solution.

But you’ll need to manage his or her expectations. An internally-sourced interim CFO may use the opportunity to prove that they can perform well enough in the role to warrant being placed there permanently. This can sometimes lead to big risk taking in an attempt to appear “flashy”.  Or, they might be too scared to make necessary decisions for fear of the backlash that may accompany a mistake.

If you have no intention of taking them on permanently in the new role, you’ll need to ensure that there is no loss of morale when they step back into their previous position.

But this candidate will need to pick up the reins very quickly. Ultimately, you need an experienced individual with years of involvement in an environment similar to your own, to do the job. At the end of their tenure, the interim CFO needs to hands over efficiently and exhaustively to the incoming permanent appointee.

If you are looking for assistance with finding the right interim CFO for the job, The Finance Team could be of use. We draw from a vast network of qualified, experienced finance professionals to find the perfect interim solution for your company.

Interim CFO
Why an accurate cash flow projection is needed for your growth strategy
How the right financial insight can spell success for your business
© 2022 The Finance Team Group (Pty) Ltd. All Rights Reserved.
×