Bringing lipstick to the boardroom of the tech world: Microsoft’s chief financial officer Amy Hood
Call us on  0861 007 917  info@thefinanceteam.co.za 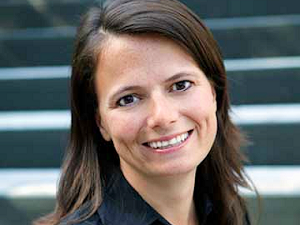 The tech world has historically been a male domain, but software company Microsoft took its first female chief financial officer on board two years ago and hasn’t looked back.

Since appointing Amy Hood as chief financial officer, Microsoft has risen on the Fortune 500 ranks from number 35 to 34 and now 31. With a market cap of 373-billion, the future looks bright for the once flagging business, which currently enjoys a price earnings ratio of more than 31, meaning investors see a long and illustrious future for the company.

Hood has studied at some fittingly prestigious universities, with a degree in economics from Duke University and an MBA from Harvard. She’s been at Microsoft for about 12 years now, with her previous role being that of chief financial officer of the Microsoft Business Division. She turns 43 this year.

With competition for the role of Microsoft’s top finance executive being steep, what helped Hood bag the position? Her previous boss, now the CEO of Nokia Oyj, said it was a combination of wit and a rare grasp of long term business-thinking: “Amy always impressed me with her incredibly sharp analytical mind combined with a nuanced understanding of business strategy, and a willingness to take calculated risks,” he said.

Hood’s flair for calculated risks is made apparent in some of the mergers she has presided over in the business. As chief financial officer of the business division, Hood was central in company’s takeover of various key companies such as Skype.

While Microsoft suffered from flagging demand in word processing and spreadsheet applications, Hood’s division boosted sales in Office productivity programmes. In her last year of tenure in the division, they amassed $24-billion in sales and $15.7-billion in operating profit.

“Sales in the Microsoft Business Division increased 24% and its operating margin widened four percentage points in the two fiscal years through 2012. That contrasts with the Windows unit, where weak PC demand led to revenue declines and narrowing margins in that period,” notes Bloomberg.

According to colleagues, Hood has also long been a proponent of the cloud. With the entire computer storage industry now moving firmly in this direction, it’s another example of her foresight.

It’s also clear that, in the technology space, Hood understands the importance of innovation. Under Hood and Satya Nadella, the company’s new CEO, Microsoft has seen new gains, prompting Fortune magazine to say that Microsoft is “getting its mojo back.” There is a new sense of innovation in the once stale company, said Fortune, with it recently taking a big bet on virtual reality and gaming, with its new product the Hololens. Channeling funds into this area already looks set to pay off.

“Despite competition from Apple’s iPad, Microsoft’s tablet business Surface continues to grow and shows signs of being the company’s next billion dollar business. As more enterprises look to the cloud to power their businesses, Microsoft’s commercial cloud business is booming, with revenue growing by 128% in Q1 2015,” observed the magazine.

The gift of the gab

Perhaps a tribute to her gender, Hood has also been hailed by various sources as a great communicator, one who is likely to be able to sell a vision to investors. “She’s very articulate, which is going to be important,” said one analyst. ““She’s had extensive experience talking to investors,” said another analyst who has had dealings with her. “Talking to Wall Street as Chief Financial Officer will come easy to her.”

With Hood at the financial helm, the legacy of software great Bill Gates looks poised to keep going from strength to strength – an outlook that did not look likely some years back.

If your company is looking for inspirational financial leadership, contact The Finance Team. We have a network of executives who can provide services as part time or interim chief financial officers as and when your company needs it.

chief financial officer
Three clever ways to drive your cash flow up and your tax payments down
Five steps to closing a sale - Podcast 3 August
© 2021 The Finance Team Group (Pty) Ltd. All Rights Reserved.
× How can I help you?