The story of Herman: How a part time financial manager can breathe new life into your business
Call us on  0861 007 917  info@thefinanceteam.co.za 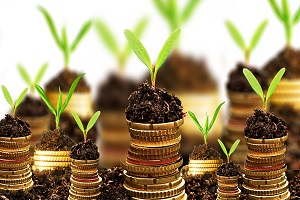 Ten years ago, Herman founded Sparkling Pools with his father. They sell pool cleaning equipment and provide pool cleaning contracts. The company, based in Soweto, services the wealthy homes in the township and surrounds. Herman was one of the very first pool businesses in the area and has established a name and a market for his business.

The company has a turnover of several hundred thousand a month. Herman hires, trains and manages semi-skilled workers. He teaches them how to build and service pools, and manages their output weekly. He personally inspects all newly-completed pools. He conducts routine checkups on his cleaning staff onsite. He also attends home expos to promote the business.

Things seemed to be going well for the business until Herman realized that his revenue did not seem to match the amount of work the company was doing. After some investigation, he found that year-long cleaning contracts had lapsed without him realizing, and the company was continuing to provide cleaning to several customers for free! With his time filled up with other things, Herman realized he needed help. After some consideration, he brought a part time financial manager on board.

The part time financial manager spent time delving into the books. His findings were that Sparkling Pools needed to up its game from an invoicing and accounts payable perspective. Up until that point, Herman had been manually tracking the start and end of his cleaning contracts. The contracts also worked on a monthly invoicing system: houses were billed after the first of every month for work that had taken place the month before. After a year, the system stopped producing invoices for that household automatically. The result was that there was a lag between output and payment, meaning cash flow was flagging; and of course, in some cases work was being done for free. Herman, as busy as he was, had also been putting together all the quotes himself, meaning that would-be customers would sometimes wait several days before receiving a quote for services.

Herman’s part time financial manager used his knowledge of Herman’s existing financial software to set up basic reminders that kept the system ticking. Two and eight months into the contract, Herman receives a reminder to give the customer a phone call to see if they are happy with the service. Two months before a contract ends, Herman receives another reminder to set up a meeting with the customer, with the aim of retaining them for another year.

The part time financial manager now produces all quotes (instead of Herman) and generates follow-up reminders on quotes that have not been responded to.

In addition, he develops quarterly and annual cash flow forecasts and budgets. He meets with Herman monthly to show him actual income and cash flow in comparison to the planned amounts. He highlights possible danger zones in the upcoming months. He’s investing Sparkling Pool’s extra cash in his own unique portfolio that has been seeing returns of between 17% and 20%.

Since bringing a part time financial manager on board, Sparkling Pools has seen a substantial cash flow increase and looks set to make record profits this year.

If you own an SMME that could do with some insightful financial leadership, get in touch with The Finance Team. We have a team of seasoned, qualified finance executives who can come on board for the period of time that you need it. The best part is that you’re not in for a full time senior salary, and you only pay for the time you use. Like Herman, your company could be running more smoothly and more profitably with an experienced financial professional on your side. Give us a call to find out how.

*Please note: the story of Herman is a case study based on a collection of real-life experiences that our team has encountered. In other words, Herman is you!

part time financial manager
A Leader is more Important than a Boss Podcast 13 July
Lead like a boss: thoughts for effective business management
© 2021 The Finance Team Group (Pty) Ltd. All Rights Reserved.
× How can I help you?