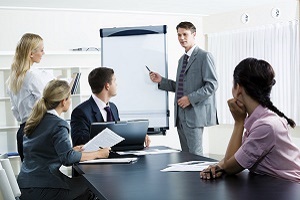 If you are or have been a finance manager, you’ve got a good idea of the rigours of the job. In order to be successful, you have to draw on your formal theoretical training, your decision-making capabilities, your people skills and your general knowledge. But those who have filled the role of an interim finance director know that this particular brand of finance management is a different ball game altogether.

As an interim finance director you’re expected to pick up the reins from the previous director as soon as you’re brought in, and show a myriad of sensitivities and deferences that ordinary managers don’t have to worry about.

Those who have acted in this position might find themselves smiling and nodding as they read the list below. Those who are considering hiring an interim finance director will find it interesting to see the unique challenges this person will face.

You know you’re an interim finance director when …

1. People on the board keep forgetting your name.

You might be filling in for someone on leave, you might have been appointed in the wake of a long-serving corporate legend who has just retired, or the previous finance manager might have left in a cloud of smoke. Whatever the circumstances, your placement was swift. Unlike with a permanent appointment, the board hasn’t agonized over your position for weeks or months. As an interim finance director, in fact, you’ve been brought in to a fill the gap while they do just that. And, just like your placement, the company expects you to fill your predecessor’s shoes with little down time and no teething problems.

2. People respond to your suggestions by saying “But [insert previous manager’s name] used to do it this way … “.

Because you’ve come into the company on the coat tails of the person before you, you’re likely to encounter a fair amount of pushback at first. Other senior executives are used to the way things were done before you arrived. Whether that person is generally seen as having done a good or a bad job, people are prone to resist change. In addition to this, because you’re filling an interim role, employees will often rationalize that there’s no need to buy into your way of thinking. “He or she will be gone soon enough,” they’ll tell themselves. Some take the head-in-the-sand approach, preferring to bury their heads ostrich-style until you’ve gone away.

In order to survive in your role as an interim finance director, you have to learn a special form of diplomacy. You’ve got to exhibit leadership that is decisive enough that it inspires their confidence in you, without making people feel like their worlds are being shaken or torn apart.

3. People want a seamless transition between you and your predecessor, but they also want you to make your mark.

As an interim finance director, you’re juggling two dichotomies of expectation. On the one hand you’re expected to take over from the previous director so seamlessly that no one even knows there’s been a change in management. Your job is not to make a grand entrance and announce how you are going to “change things up”. On the other hand, you’re expected to bring your own insights to the role.

One of the reasons you’ve been hired is because of the fresh perspective you offer the company. Remember your newness is one of your strengths, and the board will be relying on you to provide fresh ideas. So you need to make your views heard, while at the same time showing respect for the way things were done before you arrived, as well as what possibly lies ahead.

Is your company looking for someone to successfully navigate the treacherous waters of being an interim finance director? It might sound like the impossible task, but The Finance Team has a network of highly experienced finance professionals who are trained to do just that. In fact, they even enjoy it! Speak to us to find out more.

interim finance director
How does the current tax system in South Africa affect SMBs? - Podcast 11 May
The growth trap and how to avoid - Podcast 4 May
© 2022 The Finance Team Group (Pty) Ltd. All Rights Reserved.
× How can I help you?