All you need to know about small business corporation tax - The Finance Team
Call us on  0861 007 917  info@thefinanceteam.co.za 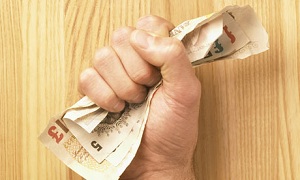 The adage that “nothing is certain but death and taxes” rings as true to the small business environment as any other. In fact, some might say there’s even a reflexive relationship between the two: failure to pay or understand your tax requirements could actually translate into your business’s untimely demise.

The tax world can be an intimidating one to take on, but it’s comforting to bear in mind that requirements for small businesses are less onerous than larger ones.

Micro businesses (natural persons or companies that have a turnover of between R150 000 and R1-million annually) qualify for a simplified tax system called turnover tax. If your business qualifies, you can simply register for turnover tax instead of having to pay current income tax (including making provisional tax payments), capital gains tax and VAT, the world of taxation synonymous with larger corporate entities.

And the government has been easing up on tax requirements for small businesses – last year, Finance Minister Pravin Gordhan announced R360-million in tax relief for small businesses by heightening the tax threshold for those that are required to comply (in other words, companies required a higher turnover to pay the same tax as it did previously).

This year’s budget speech brought further relief, meaning that comparatively less companies in South Africa are paying corporation tax than ever before.

But even if you’re currently ‘making the break’, there will hopefully come a time when your turnover exceeds that threshold, and paying corporation tax becomes a necessity for your business.

One of the keys to making your tax experience a successful one is to learn from the mistakes of others and avoid a few frequent pitfalls.

A survey of 500 accountants in the USA, conducted by Xero online, revealed the biggest “tax-related” mistakes that small business owners make, that applies just as meaningfully in South Africa:

Almost three-quarters of accountants surveyed said that they could give more meaningful advice to small businesses that provide them with a real-time view of their finances.  But if you’re already under-resourced, don’t have a financial background or are juggling several responsibilities at once, this can be an unrealistic aim.

One solution to this could be to bring on part-time financial expertise. You can find a financial manager at the right level of know-how who has an ongoing handle on your finances in order to avoid the two most frequently-made ‘tax mistakes’. However, you’re simultaneously getting around paying the top-dollar salary that usually accompanies such a person by only bringing them on for the time you really need them.

Check in with them often enough that you are constantly au fait with your company’s finances, and use them to make strategic decisions to steer the business, rather than calling them in once a year when your business’s corporation tax is due. That way those two certainties: death and taxes – will be two completely separate conversations when it comes to your company’s corporation tax.

small business corporation tax
How to extract the right data from your financial management systems
Turn credit management red flags into green flags
© 2022 The Finance Team Group (Pty) Ltd. All Rights Reserved.
× How can I help you?