The extinction of the chief financial officer as a simultaneous director - The Finance Team
Call us on  0861 007 917  info@thefinanceteam.co.za 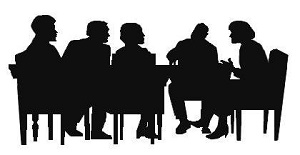 Some years back, it almost went without saying. If you were appointed a chief financial officer, you would almost certainly also be appointed a member of your company’s board. As the most senior financial executive in the company, it seemed logical that you would have input at the most senior level. For years, chief financial officers have participated in board meetings and helped to make strategic decisions that affect the whole company. But today, all of that is changing.

It started in 2002 in the USA. The Sarbanes-Oxley Act passed that year stipulated that stock exchanges in the US require that the majority of listed company directors be independent. Since then, the number of chief financial officers appointed to the boards of listed companies has drastically decreased.

In 2012, The Wall Street Journal pointed out some research conducted by executive recruitment firm SpencerStuart. According to this research, only 19 chief financial officers sat on the boards of Fortune 500 companies. That was down from 37 in 2005. And all of those chief financial officers had joined the board more than a decade previous, before the Sarbanes-Oxley Act was passed.

The cost of independence

In 2009, the King III report — the defining word on corporate governance in South Africa – outlined similar requirements. The report requires that boards are comprised of a majority of non-executive directors. Of that, the majority should be independent – that is, they should not be employed by, or hold shares in, the company.

In a commentary on the report, auditing firm KPMG says that this requirement has an impact on the companies trying to comply with it. “Boards may encounter difficulty in having sufficient independent, suitably skilled and demographically acceptable directors,” it said.

And this change has implications for those serving on the board as well. KPMG observes that there is an increased time requirement for non-executive directors to fulfill their duties, because of their lack of familiarity with the environment. Reporting on the effectiveness of the company’s internal controls, for example, would take longer for a non-executive director than one who knew the company’s systems. “This will impact on both the cost of directors and management time,” said KPMG.

Why all the hassle and extra expense then? Isn’t it just easier to keep executives who are familiar with the environment such as the chief financial officer on the board?

For many companies, the answer is no. Keeping people like the chief financial officer out of the boardroom means ensuring that conflicts of interest are kept out of board decisions. Maxwell Murphy for the Wall Street Journal explained. “Independent boards are seen as less likely to harbour an entrenched management team that, for example, wants to avoid even attractive mergers that would see them lose their jobs.”

There appears to be a growing trend of chief financial officers joining the board after retiring. That way, they are able to offer a wealth of knowledge while also maintaining the company’s independence.

If your company needs a CFO on an interim or part-time basis, get in touch with The Finance Team. We have a vast network of highly qualified and experienced finance executives who can assist your company for the time that you need it.

chief financial officer
Is your financial plan strong enough to take the Iron Throne?
The discussion of all things entrepreneurial - Podcast 27 Apr
© 2022 The Finance Team Group (Pty) Ltd. All Rights Reserved.
× How can I help you?