The evolution of the financial manager - The Finance Team
Call us on  0861 007 917  info@thefinanceteam.co.za 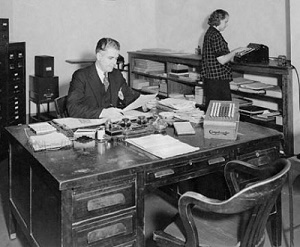 “Life is all about evolution. What looks like a mistake to others has been a milestone in my life.” – Indian actress Ameesha Patel

Thirty years ago, the financial manager was the guardian of the company coffers. He played a top-down, authoritarian role. He was a gatekeeper; his role had a heavy emphasis on the “control” aspect of leadership. In order to succeed as a financial manager thirty years ago, you needed a good head for numbers, to be a stickler for detail and needed to be unequivocal in your decision-making. You needed to be able to defend your decisions to other management, and stick to your guns when being scrutinized by the board.

Today, the role of financial management often paves the way for general management of a company. There are more Chartered Accountants in South Africa who are heads of JSE-listed companies than people with any other qualification. The fact that many successful financial managers eventually take up overall management in the business spells out one of the truths pertaining to her role: she is expected to know something about everything.

The consultant
Today’s financial manager is no longer a fist-wielding authoritarian. Although he is still required to control the company’s money, he is now required to be consultative in his approach. He no longer needs to defend his decisions, he needs to explain them and gain buy-in (from other senior management and colleagues) to his rationale. In other words, he’s gone from being a bean counter to a coach. A big part of his abilities today involve being able to build relationships with other department heads, and train people how to make wise financial decisions.

Adaptive
Thirty years ago, a financial manager spent much of her time looking backwards. Budgets were prepared and slavishly adhered to using historical data as a predictor for the future. Today’s financial manager learns from the past, but also recognizes that the future will bring change. For that reason, budgets and planning are more fluid. A successful financial manager today is aware of the environmental factors that could alter things, and is prepared to react to them quickly and knowledgeably.

If your company is seeking top notch financial leadership, contact The Finance Team. We have a large network of finance executives who can provide the financial management your business needs, for the time and scope that it is required.

financial manager
How to manage Annual Company returns, Audits and Income Tax returns for your SMB - Podcast 13 Apr
Three solutions to your cash flow problems
© 2022 The Finance Team Group (Pty) Ltd. All Rights Reserved.
× How can I help you?