Is your financial plan strong enough to take the Iron Throne
Call us on  0861 007 917  info@thefinanceteam.co.za 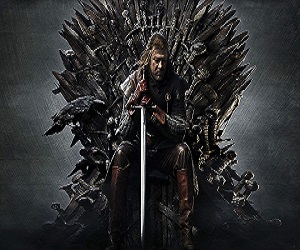 In the fantasy drama series Game of Thrones, seven independent kingdoms once existed. Six of these lands, once great in their own right, were seized by a fierce ruler known as Aegon the Conqueror. Under his rule, these kingdoms were united, and, in memory of this great victory, at Aegon’s instruction, a throne was made. It is believed to have been forged from the 1000 swords surrendered to him by the scores of vanquished lords over the course of his great conquests.

Throughout the series, the imposing image of the Iron Throne stands as one of power and success. It is the symbol of cunning strategy, of the advantage Aegon gained over his opponents and the fruits that sprang from that. It took cunning, strength and planning for Aegon to take the position of the Iron Throne. And in his wake, numbers of his opponents aspire to the same position.

So, how can you craft a financial plan that’s strong enough to take the Iron Throne? Here are a few pointers to ensure that you’re on the right path.

1. Have a realistic growth forecast.

In your ascent to the Iron Throne, you’re going to need to keep your troops in supplies. In other words, you’ll need capital, and often-times that will mean attracting investment or qualifying for a loan from the bank. Your financial plan will be scrutinized by these stakeholders. Therefore, your financial plan needs to show where you think the business is going, and why it’s a good idea for them to invest.

Although every would-be investor is attracted to a good growth forecast, be careful not to oversell. Tim Berry, author of The Plan-as-you-go Business Plan, put it this way. “”There is a tremendous problem with the hockey-stick forecast that projects growth as steady until it shoots up like the end of a hockey stick,” he told Inc.com. “They really aren’t credible.” If your sales are flat at the moment, don’t try to convince investors (or yourself) that one cash injection will completely change the direction of things.

Your company needs to demonstrate that your financial plan is realistic. One way to do this, says Berry, is to look at figures by sections – for example, look at sales channel or target market segments, and provide realistic estimates for sales and revenue. “It’s not exactly data, because you’re still guessing the future. But if you break the guess into component guesses and look at each one individually, it somehow feels better,” Berry said. “Nobody wins by overly optimistic or overly pessimistic forecasts.”

2. Be as detailed as possible when compiling your expenses budget.

Your financial plan will require that you anticipate the company’s future expenses. Here, the more detail you include, the better. Many businesses find themselves surprised when budgets fall short of reality. But the reason is because they’ve overlooked the “little things” – things that ultimately add up. So, include your stationery costs, your local travel costs, and your estimates for ad hoc lawyer’s fees, because they will give you a more realistic picture of what your ultimate bills will be.

As you create your financial plan, you’ll probably follow a number of steps. You may start with your sales forecast, then move on to an expenses budget and then a cash flow statement. But as you progress through the steps, it’s important that you keep looking back and reflecting on what you’ve already done. Doing this ensures that you keep one part of the financial plan consistent with the other. If your sales forecast is low and your expenses are expected to be high, then your cash flow is unlikely to be very buoyant, for example.

Use these three tips to help compile a financial plan that is solid enough to steer your business towards its ultimate success. If you need assistance in creating this, get in touch with The Finance Team. One of our finance executives can assist your company with its financial needs for the period of time you need it. There will be plenty of battles to win along the way, but with a strong financial plan as a foundation, your business is most likely to ascend to its Iron Throne.

financial plan
The growth trap and how to avoid - Podcast 4 May
The extinction of the chief financial officer as a simultaneous director
© 2022 The Finance Team Group (Pty) Ltd. All Rights Reserved.
×