The evolution of Interim executives - The Finance Team
Call us on  0861 007 917  info@thefinanceteam.co.za 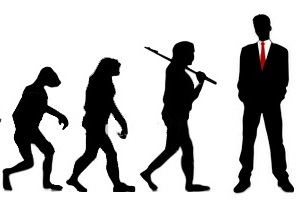 Fifty years ago, you would have walked out of university with your qualification in hand, and applied for a job at the bank. You would have performed consistently in your position, and slowly worked your way up the ranks. Forty years later, you would still be at the same bank, occupying a solid, mid-senior position. You would have retired from the institution and lived off a moderate pension for the rest of your days.

But that was fifty years ago.

Today, the job space is completely different. According to a survey conducted by New York University, New York professionals expect to change their careers an average of three times. In 2006 (the year with the most recent statistics available), 54-million Americans – that is to say, 40% of the American workforce – left their jobs. Of course, not all of these people did so voluntarily, and not all of them were starting a new career. But if the US workforce is a microcosm of the global work space, it gives you an indication of the kind of transience that exists in today’s working environment. The job of a lifetime, as the adage goes, no longer lasts a lifetime.

As career-long jobs have become a thing of the past, other versions of employment have sprung up in their place. Among these is the advent of interim executives.

Responding to a changing workplace

The need for interim executives has sprung up in response to the increasingly fast-changing workplace. Companies are finding that, inevitably, gaps arise in the highest levels of their management teams. Often, these changes are unplanned for – senior executives make those career shifts spoken of, or are head-hunted by a competitor.  The definition of the word ‘Interim’ is “in the intervening time” or “in the meantime”. And interim executives provide just that – high level professional service for the space of time that a company may need them, while hunting for a permanent replacement or a secondary solution to close the gap.

Interim executives fill a role that is the complete converse to the career-long job. Instead of settling into a position which they assume will last a lifetime, interim executives know that their tenure will be short-lived and specific. They come in to fill a space that demands immediate attention.

They occupy roles of seniority, and are thus required to make high-level decisions. Skilled interim executives need to quickly understand their new working environments, correctly assess the various factors weighing in on their positions and act decisively.

While the average interim executive only acts in a particular position for a limited amount of time, they need to strategically consider the future of the business they’re operating in. They therefore need the ability to see the bigger picture, and make decisions that are best for the company in the long term, despite the fact that they probably will not be there to reap the rewards.

It’s easy to see then, why skilled interim executives are both a rare and a valuable commodity. With the changing nature of the workplace, more and more companies are seeking out these professionals who can keep the wheels turning and leave when the time comes — without creating bumps in the road ahead. In fact, interim executives are increasingly being seen as a favourable option in senior management settings. They are able to objectively weigh up options for the business without letting any career aspirations cloud their judgment. And with that, some of the world’s most sought-after professionals are choosing to make careers as interim executives. They enjoy the changing nature of their job specifications, and the thrill of being thrown into the thick of things.

The growing phenomenon of interim executives is attestation of our changing job environments and the new ways in which these requirements are being met. Indeed, this new brand of professional has become a living, breathing sign of the times.

If your company needs a top notch interim executive, The Finance Team can assist. We have a wide network of finance professionals who provide interim and part-time services according to the needs of your business.