Your business and the interim executive - The Finance Team
Call us on  0861 007 917  info@thefinanceteam.co.za 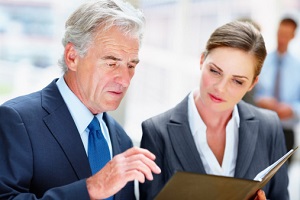 Your financial year-end is approaching, you’ve got a calendar dotted with project end dates and business is going at a rapid pace. Just when you think things couldn’t get any busier, the unthinkable happens. Your financial manager resigns.

Of course, he’ll work in a notice period, but that won’t cover all of the occasions wherein his input was not only assumed but relied upon. There are a number of decisions to make and projects to lead, and all of a sudden there’s a gaping hole without his involvement. Deadlines still need to be met, and it’s up to you to ensure that there’s somebody filling that space in order to meet them.

Your options are limited. Do you hire in a hurry? Your outgoing financial manager would be expected to provide some high-level training to the new incumbent, and the newly-appointed manager would need to pick up the reins rather quickly. A quick, successful transition would be ideal, but experience has taught you that occurrences like this are few and far between. You are far more likely to cycle through swathes of CVs, set up what feels like hundreds of interviews with hopeful candidates, and then agonise over a short-list before realising that none of the people you identified are suitable, and start again. There will be psychometric tests, panel interviews, one-on-ones. The CEO will develop a liking for one candidate, you’ll prefer another, and the board will be punting for a third person altogether. You know that eventually you’ll find the person you’ve been waiting for, but how do you plug the gap in the meantime?

The answer, for an increasing number of HR managers, is to bring in an interim executive.

But who or what exactly is that?

Interim executives are qualified professionals, often with impressive resumes and credentials, who provide high-level service to companies on an ad hoc or short-term basis. Interim executives are typically very experienced, senior individuals who have chosen to leave the corporate world for lifestyle reasons or due to lack of opportunity in their previous roles. Some are attracted to the interim role for its diversity or as a way of meeting their desire for regular change in their environments.

After all, they are expected to step into a given role, assimilate their new surroundings and the requirements of the new job within a short period of time, and begin being almost immediately productive. As part of their job requirement, interim executives must also be prepared to thoroughly hand over to the person who follows them – often the permanent employee who will be taking up the role long term – without trying to undermine the success of the incumbent and instead with a genuine desire to ensure seamless continuity. The role of the interim executive is to keep all the company’s existing balls in the air, and efficiently prepare the way for a successor. They step into their role with the end in mind – in this case, the successful handing over to someone who has been thoughtfully chosen as a permanent appointee to the position.

The difference between an interim executive, and the manager for whom you may spend weeks or months hunting, is their ultimate ambition or goal within your company. Your permanent employee should possess a desire to establish lasting relationships, and root him or herself within the business. His desire would be to grow within the business and move up the corporate ladder internally. Your interim executive has a different measure of success. If he or she can carry out a handover that allows the company to keep functioning at the same level at which it was before, with the same level of efficiency (or more), then his or her job will be considered well done. The interim executive holds no desire to be permanently appointed or be considered for succession planning within the business.

For that reason, an increasing number of HR managers are looking to fill important roles with interim executives while they search for the perfect full-time candidate. Other companies are opting to make use of interim executives on an on-going basis. They get ad hoc assistance in the areas they need them, without the expense or labour law burdens that come with a permanent employee.

If your company needs interim executives in the financial space, The Finance Team can provide a solution. We have a network of highly qualified financial professionals who provide interim assistance to companies who need them, for the period of time that they are required. Give it a try and see your burdens immediately lightened.

interim executive
Why your company needs a strategy facilitator
Tips for improving your cash flow system in 2015
© 2022 The Finance Team Group (Pty) Ltd. All Rights Reserved.
× How can I help you?