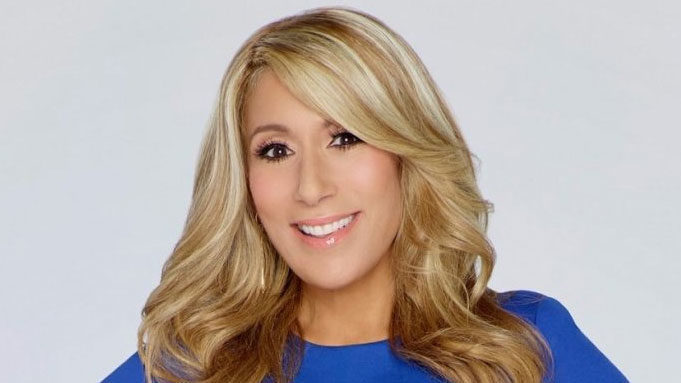 Are you dreaming about becoming an entrepreneur, but not sure whether you’re ready to take the plunge? Some of the world’s top entrepreneurs weigh in on what it takes to be a success.

1. Think out the box

A general rule of thumb is that you should do what you know. Spend time in an industry before launching your business, build up a network and understand your target market and their needs. This is all sound advice, and has been the foundation of many successful start-ups.

However, there is an inherent danger that entrepreneurs should avoid at all costs: Many industries are bound by legacy ideas and systems that are the enemy of disruption and innovation. Entrepreneurs who didn’t know something couldn’t be done are often the ones who find a way to make it happen.

Approach an industry or idea with fresh eyes. Take lessons from other industries. Don’t be limited by your lack of knowledge — go out and learn, even if you’re learning on the fly.

Airbnb, Uber and Netflix are three of the most disruptive businesses in the world today, and they’ve achieved phenomenal success because they didn’t buy into the simple and engrained idea that an accommodation business should own property, a taxi service should own vehicles, or a movie rentals business needed to own DVDs.

If you really want to differentiate, you need to lead, not follow.

“Don’t be intimidated by what you don’t know. That can be your greatest strength and ensure that you do things differently from everyone else.” — Sara Blakely, Spanx founder and self-made billionaire

2. Be an open-source person

Have you been delaying launching your own business because you’re not sure if you’re ready? Some of the most successful entrepreneurs have taken the plunge and learnt along the way. Gil Oved and Ran Neu-Ner, founders of The Creative Counsel — South Africa’s biggest advertising agency with an annual turnover of R750 million — followed this simple rule in their start-up days: They always bit off more than they could chew, and then chewed like hell.

Their philosophy was that ‘no’ was never the end of a negotiation, but the beginning of one. This tenacity kept them going, even though they spent their first year barely making ends meet.

Gil and Ran are not alone in their thinking. Robin Olivier, founder of Digicape, a R240 million Apple products and services business, prepared himself for entrepreneurship by putting his hand up for anything and everything that came his way. “I’ve always been like that. I jump in with two feet and figure things out along the way.” For Robin, that’s the only way you learn.

Joshin Raghubar, founder of iKineo and the chairman of Bandwidth Barn and the Cape Innovation and Technology Initiative, began his career working for Ravi Naidoo at African Interactive. At 23, he found himself project managing the African Connection Rally, a massive partnership with the Department of Transport. Why? Because he was always ready to step in, learn something new, offer his opinion and take on any challenge.

Joshin believes that successful entrepreneurs are open-source people who are willing and able to consistently and continuously learn new things. If you’re moving forward every day, you’re already on the path to success.

Start-ups are tough. They are lonely, and they take a lot from you physically, mentally and emotionally. Passion and significance are two key components that will keep you going through your darkest hours. If you can answer why you are doing something, you’ll be able to forge on, even when the challenges ahead seem almost insurmountable.

“If something is important enough, even if the odds are against you, you should still do it,” says Elon Musk, who isn’t letting go of his dream to colonise Mars during his lifetime, despite many challenging tasks ahead of him. The lesson is simple: Whatever you endeavour to accomplish, out of this world or not, do not allow yourself to be deterred by the odds. Bravely forge ahead.

Steve Jobs shared a similar outlook. Before entering into business with Steve Wozniak, he dropped out of college and took time off figuring out what he wanted to do with his life.

“Your work is going to fill a large part of your life, and the only way to be truly satisfied is to do what you believe is great work,” he said. “And the only way to do great work is to love what you do. If you haven’t found it yet, keep looking. Don’t settle. As with all matters of the heart, you’ll know when you find it.”

If you know you want to be an entrepreneur, but you aren’t sure what you should be doing or haven’t found the right business idea, think about the things that truly matter to you. What problem would you ultimately like to solve? Sometimes you need to build up to it, and start with one thing that will lead you to the next (consider how Musk built the Tesla to fund other parts of his business), but once you’re on the path to significance, nothing will hold you back.

“The key to realising a dream is to focus not on success but on significance — and then even the small steps and little victories along your path will take on greater meaning.” — Oprah Winfrey, self-made billionaire media mogul

4. Look for opportunities in every challenge

Some people see challenges, others see opportunities. The latter are known as entrepreneurs. Some of the most successful businesses have been launched in the midst of recessions. How? Because entrepreneurs aren’t daunted by a challenge. In fact, challenges are great, because they keep the competitive pool smaller.

Vinny Lingham, Shark Tank South Africa investor and serial entrepreneur, says that he would rather have been homeless than not start a company because he didn’t have any finances. He sold his house, rented back a room in his (now former) home, and launched Clicks2Customers, a business that hit the R100 million turnover mark three years later. He didn’t see the challenge; he focused on the opportunity.

You’ll have to keep a close eye on cash flow and find some really smart solutions to real-life problems, but that’s the foundation of a great start-up. It’s all about the lens you see the world through. Are you open to opportunities, or limited by challenges?

“Dear optimist, pessimist, and realist — while you guys were busy arguing about the glass of wine, I drank it! Sincerely, the opportunist!”— Lori Greiner, Shark Tank US investor

5. Failure is a critical element of success

Don’t let failure hold you back, or worse yet, keep you from trying. You already know that failure is a part of the business of entrepreneurship, but it’s easier said than done when you’re picking yourself back up after a bad break. Remember that with a shift in your perspective you can transform the stumbles and falls into opportunities to improve yourself and your business offerings. What didn’t work? What did? Keep at it — you only have to get it right once.

Oprah agrees. “At some point, you are bound to stumble, because if you’re constantly doing what we do, raising the bar; if you’re constantly pushing yourself higher, higher, the law of averages — not to mention the Myth of Icarus — predicts that you will at some point fall. And when you do I want you to know this, remember this: There is no such thing as failure. Failure is just life trying to move us in another direction.”

And what about Richard Branson? The billionaire mogul has launched more than 200 successful ventures, but he’s also had some dismal failures, including Virgin Cola and Virgin Brides. If he didn’t ‘screw it, just do it’ in the face of failure, where might he be today?

Instead, he believes in getting back up and pushing on. “The main thing is, if you have an idea for business, as I say, screw it, just do it. Give it a go. You may fall flat on your face, but you pick yourself up and keep trying until you succeed,” he says.

There’s no such thing as a successful entrepreneur who didn’t fail while they found their success. But, there are many, many entrepreneurs who haven’t found success because they’ve been too afraid to fail. Which will you be?

“Don’t worry about failure. You only have to be right once.” — Drew Houston, CEO of Dropbox

Share on FacebookShare on TwitterShare on Linkedin
Budget 2018 Tax Guide
9 skills CFOs will need to be successful in the future
© 2022 The Finance Team Group (Pty) Ltd. All Rights Reserved.
× How can I help you?